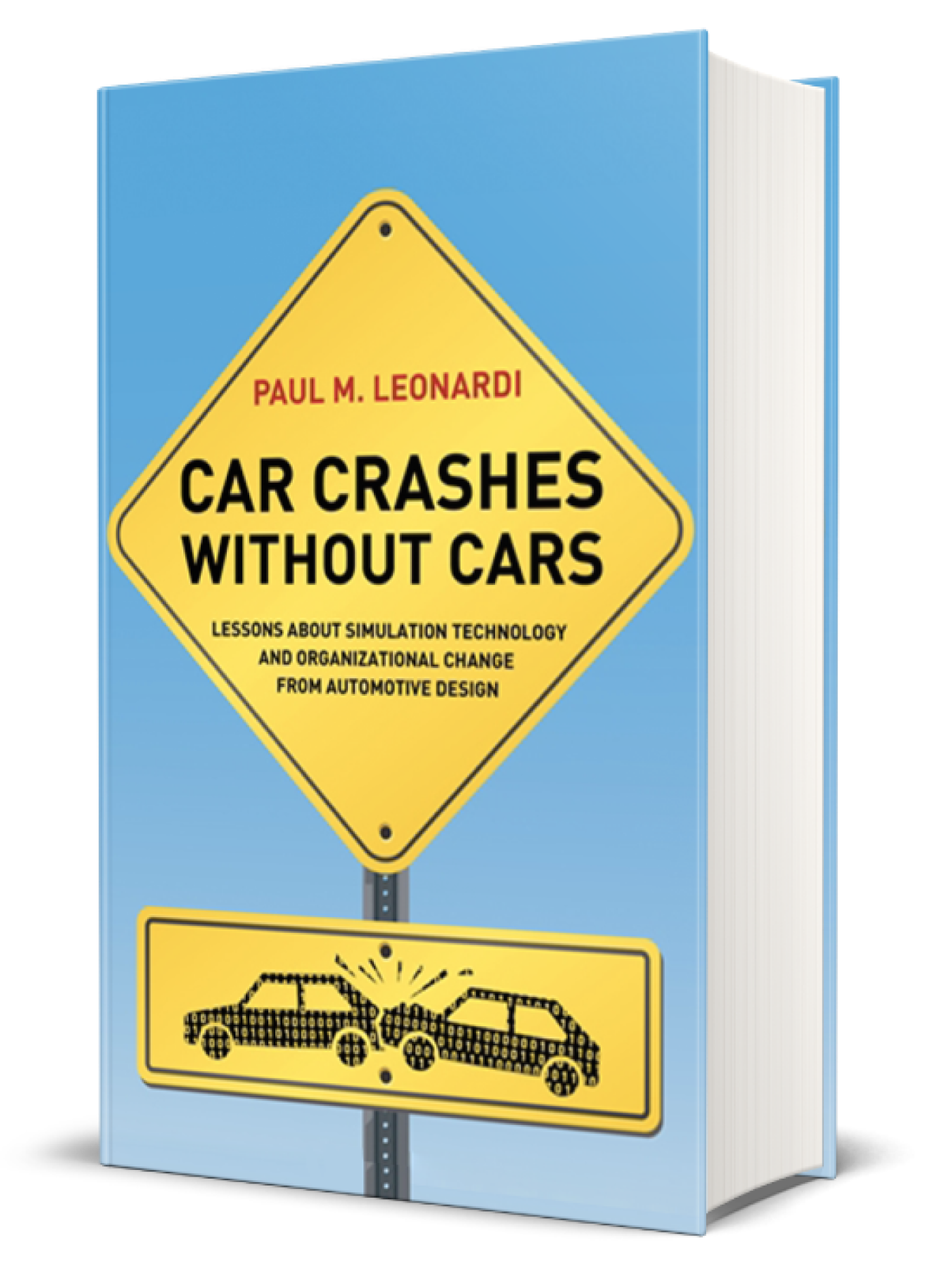 Lessons about Simulation Technology and Organizational Change from Automotive Design

How can we make better products with advanced simulation modeling?

Every workday we wrestle with cumbersome and unintuitive technologies. Our response is usually “That’s just the way it is.” Even technology designers and workplace managers believe that certain technological changes are inevitable and that they will bring specific, unavoidable organizational changes. In this book, Paul Leonardi offers a new conceptual framework for understanding why technologies and organizations change as they do and why people think those changes had to occur as they did. He argues that technologies and the organizations in which they are developed and used are not separate entities; rather, they are made up of the same building blocks: social agency and material agency. Over time, social agency and material agency become imbricated—gradually interlocked—in ways that produce some changes we call “technological” and others we call “organizational.”

Drawing on a detailed field study of engineers at a U.S. auto company, Leonardi shows that as the engineers developed and used a a new computer-based simulation technology for automotive design, they chose to change how their work was organized, which then brought new changes to the technology.Each imbrication of the social and the material obscured the actors’ previous choices, making the resulting technological and organizational structures appear as if they were inevitable.

Leonardi suggests that treating organizing as a process of sociomaterial imbrication allows us to recognize and act on the flexibility of information technologies and to create more effective work organizations.

In Car Crashes without Cars, Paul Leonardi offers a rich and engaging account of the everyday choices, intentions, decisions, affordances, and appropriations that are involved in developing, implementing, and using novel technology. This account is especially valuable not only for the ethnographic details it generates about computer-based simulation technology in practice, but also for the insights it offers about the complex and interdependent ways in which organizations and technology shape each other over time.

This deeply thoughtful treatment of the challenges and opportunities posed by new technologies in complex organizations provides an important contribution to knowledge on learning, innovation, and cross-functional collaboration. Paul Leonardi’s prose is meticulous and unerring, with countless detailed anecdotes to support his ideas about how organizations slowly but inexorably change to cope with new technological landscapes. Car Crashes without Cars is a classic scholarly work.

Car Crashes Without Cars offers a fascinating examination of how the materiality of technologies articulates with the social systems in which technologies are enacted. This exclusive behind-the-scenes look at high tech crash engineering shows how interpretive processes become routinized to the point where technology ‘seems’ to have caused organizational change, but, au contraire! As Paul Leonardi manoeuvers you through the intellectual terrain of imbrication that grounds his research, he weaves together outstanding theoretical review, rock-solid ethnography, and sophisticated network analyses to arrive at conclusions that are at once thought-provoking, engaging, and ultimately path-breaking. Buckle up and enjoy the ride!

Annenberg School for Communication and Journalism, and Marshall School of Business, University of Southern California

Readers of this book will think differently when they get behind the wheel of a new car. With deftness and insight, Paul Leonardi illuminates how automotive technology embodies both the choices of programmers and the routines of managers. These contrasting commitments are reconciled, more or less, in the cars we drive. This is an inspired contribution to the study of work and technology.

Other Titles You May Enjoy 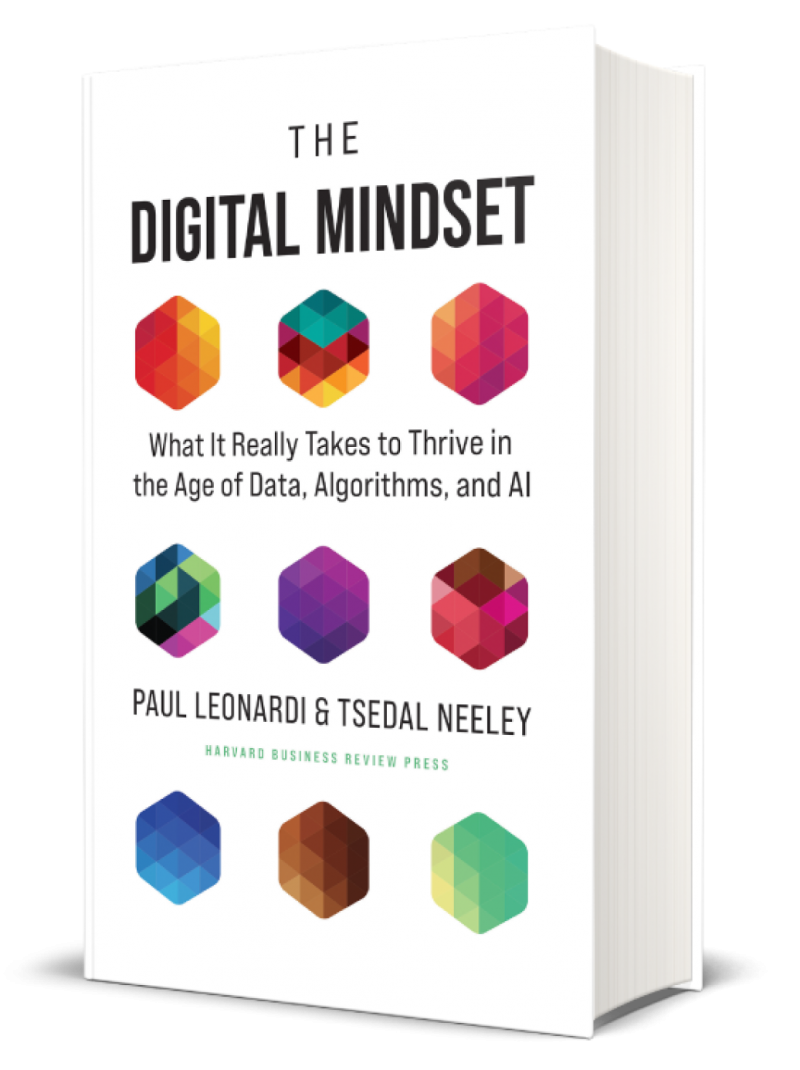 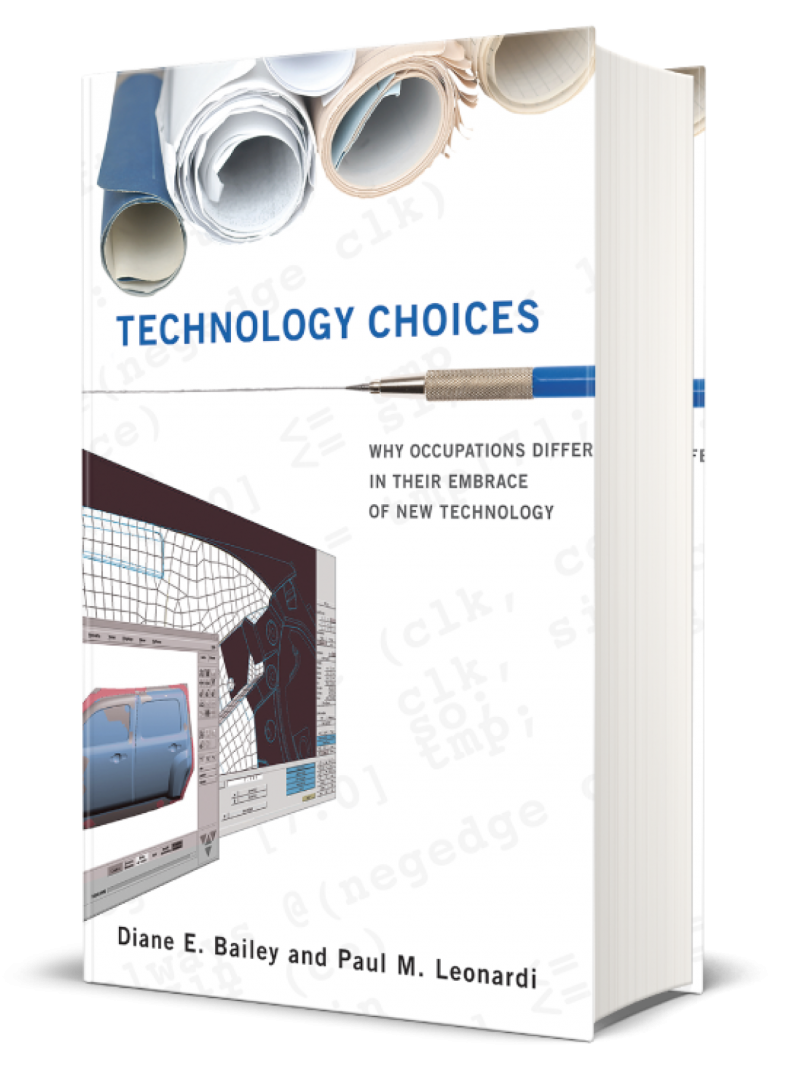 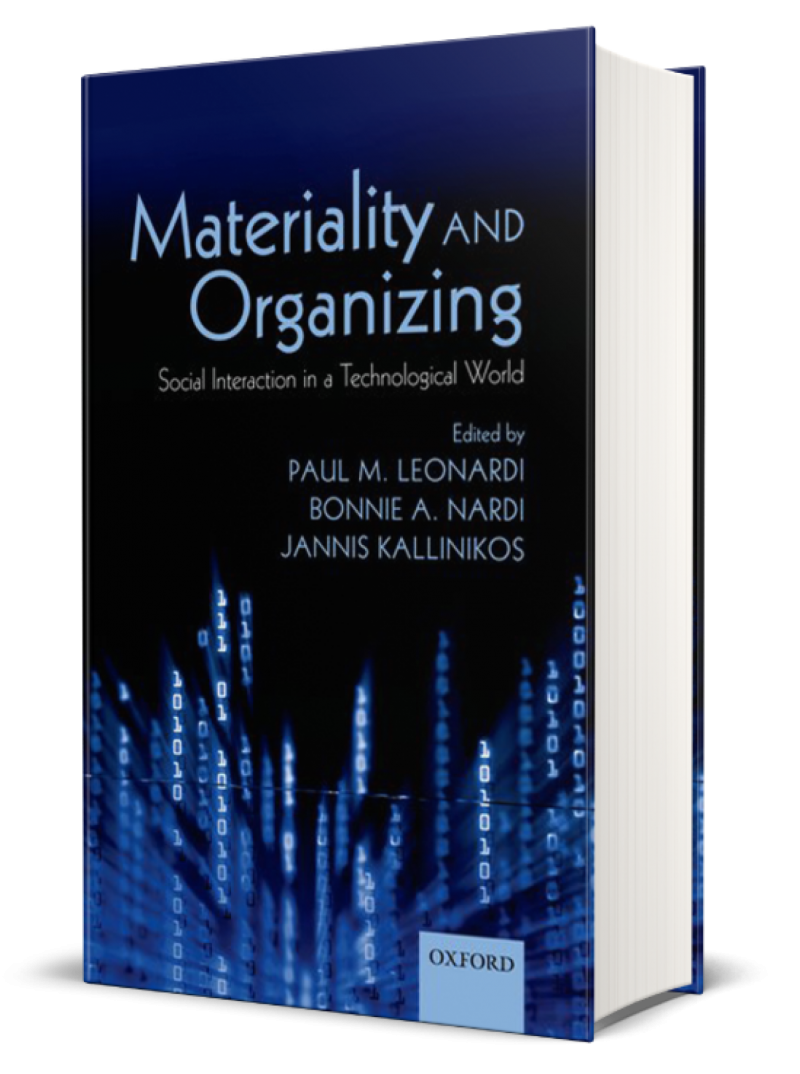 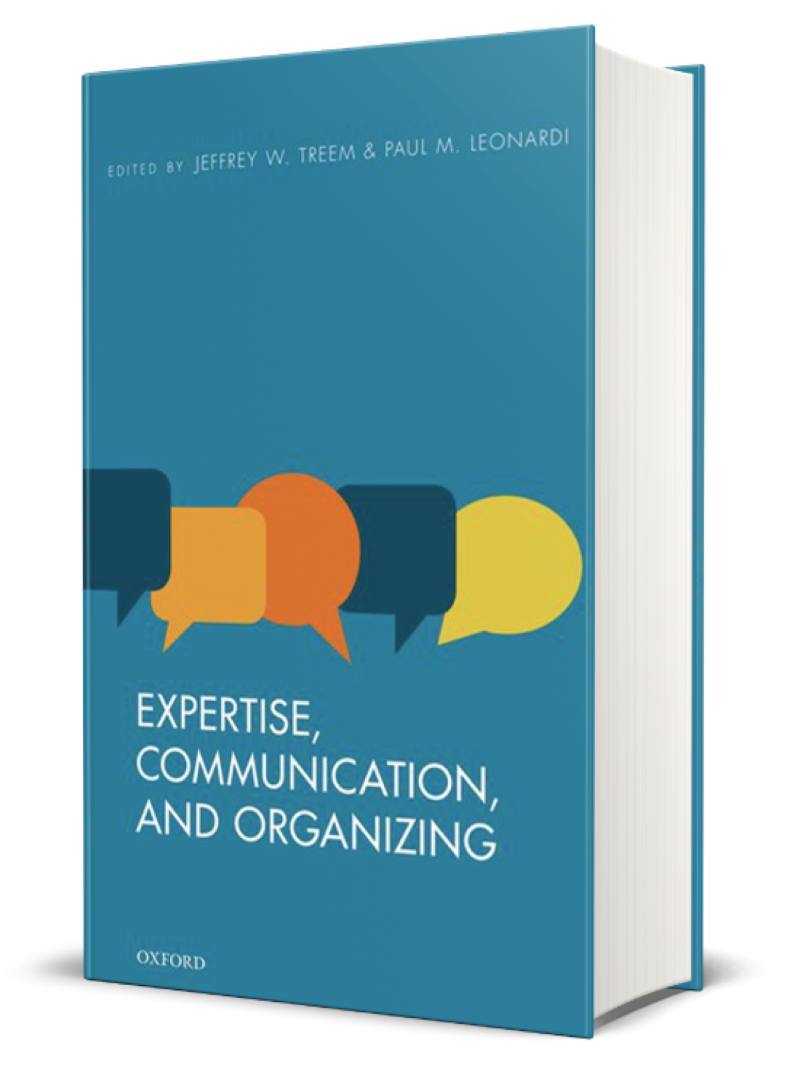